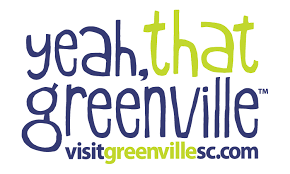 And with good reason, as you’ll see below.

But examining the numbers behind the estimate illustrate the mystery that fuzzy statistics can really be, especially when it comes to calculating tourists. For instance,

Greenville’s five million number places it higher than Orlando and on par with Moscow, Beijing and Los Angeles in another ranking.

How could that be possible?

With both cities having populations of around 70,000, Van Quickenborne was astounded that Greenville could log so many more visitors than his town.

Van Quickenborne later asked SC Connect to help him understand how that number had been calculated. Van Quickenborne’s question led to the discovery of a House of Mirrors….with a hidden door… and a deep rabbit hole.

Without Nancy Breeden of VisitGreenville and especially Dudley Jackson, Director of Research at the SC Dept. of Parks, Recreation and Tourism, we’d still be lost.

But with a little bit of legwork and a lot of their help, we came to understand this: The five million number is a tediously calculated, but very broad guess that can only be compared with other SC cities, not cities in other states or countries.

And in the end, it’s about as good a guess as anyone can get.

When is a visitor a Visitor?

Importantly, those surveys  use a very broad definition of “visitor.” It’s not just tourists or businessmen attending conventions like the recent SC Automotive Summit. A “visitor” is defined as anyone going to the region, including those

The five million number is arrived at through legitimate means, but is in no way definitive. In addition, the number is only comparable to other cities in South Carolina, NOT cities outside the state (or country), since data collection and analysis will differ. So, the calculations giving Greenville more visitors than Orlando may each be valid  — but they’re undoubtedly based on different assumptions.

So, want to know how the five million number is calculated? If so, read on…

Welcome to the House of Mirrors…. 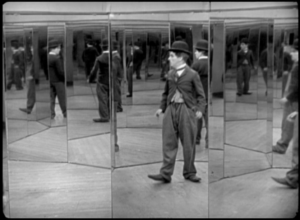 SC PRT for many years issued only one estimated number for the entire state. But a desire to use more localized numbers led SCPRT researcher Dudley Jackson a few years ago to develop his own approach. (SC Connect spoke directly to Jackson, and he is the source for the visitor estimates here.)

Today, the number issued for each county is actually a best guess based on three inputs, each the result of one of three different approaches to estimating visitors below:

With the three data points in hand, Jackson takes a three year average of each number, then averages that total number. He then rounds the number to get a reasonable guess that is then published. And, THAT is the five million visitor estimate that we see.

But we can tell you’re still curious.

To learn more about the three inputs, open that mysterious hidden door…

….Behind the Hidden Door…

Are you the type that just has to know the intricate details of calculation? Fine. Here’s Dudley Jackson of SCPRT to explain it all, edited for brevity and clarity:

In theory this idea is pretty simple, but in practice this is an extremely complex and labor intensive process.

To summarize the main idea, we take an average of multiple approaches to estimating visitation volume at the county level. That’s because when we need estimates for smaller and smaller geographical areas, even very large surveys often do not produce large enough sample sizes. There are also many other challenges for estimating visitation for counties towns and cities using survey data. Those include the possibility that visitors

This number would include visitors for leisure, business, visiting friends and relatives, medical travel, pass-through travel, evacuees from hurricanes and any other kind of travel you can imagine. It includes by day visitors and overnight visitors. We obtain our final estimate for each county by creating an in-house model that averages estimates from three different approaches, each of which have their own strengths and weaknesses: 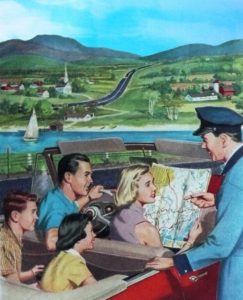 This is a survey of 35,000 United States households each month which asks them about their travel in the previous month. Two-thirds to three quarters of surveyed respondents will answer the survey and then two-thirds to three-quarters of those answering the survey will have taken a trip in the previous month. For a year, for the entire country this adds up to something in the neighborhood of 100,000 complete records each year and for South Carolina we usually get between 1,500 and 2,000 records of visitors that have taken a trip to the state in the whole year. (SC  Connect emphasis). A few of our largest and most developed destinations, dominate the majority of those records. For many rural counties in South Carolina, they might get no records that report visiting them in a given year even though in reality they did get visitors. We take an average of three years of estimates to get an estimate from this approach and for counties with no sample or a small sample we basically ignore this number and just use the other two approaches

Approach #2: A model which works backwards from state level accommodations taxes that are collected in each county 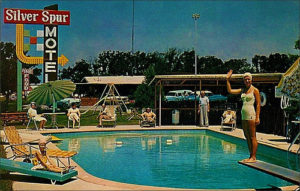 We know the amount of accommodations tax collections that are reported to our state department of revenue each year. We also know that it’s a 2% tax rate.

So, we take a three year average of collections and then we divide that mean by 2%. That gives us the corresponding amount of room revenue (sales) generated.

In order to continue working backwards towards a number of visitors, we have to have a large number of estimated multipliers. For this model, which is as close to mathematically correct as possible, we use the following multipliers:

The multipliers themselves are major source of potential error and if they are bad then your resulting estimates will be bad. (SC Connect emphasis)

We came up with a fairly complex process to use the STR (sales tax revenue) data for the room rate data and TNS data for the other multipliers. There are other ways to set this up and there are a lot (Jackson’s emphasis) of mathematical problems with no easy solution. These include

I won’t go into how we resolved these but if you want more detail I can provide that later. We’ve done the best we can with it and tried to reality check it.

Approach 3: Work Backwards from an Estimate of the Number of Rental Units in Each County 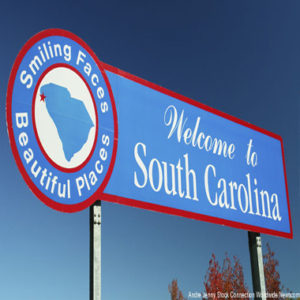 Each year the welcome center staff do a statewide ‘audit’ of all the various accommodations they can find in the state: hotels, rental homes, condos, campgrounds, etc. They look on the internet and in the phone book as well as in our existing records. They call these accommodations businesses and ask them how many rental units they have, among other questions.

From this process we have a database that allows us to estimate the number of rental units for each county. I think we probably capture about 90% of them.

For this model, which again, is as close to mathematically correct as possible, we use the following multipliers:

Let’s just pause here for a minute, stand up and give appreciation to 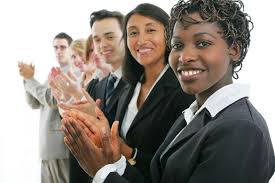 The five million figure for Greenville may be a ballpark figure, as Jackson says, but at least we know the GPS coordinate of the ballpark, thanks to his collating of various information sources.

Ok. Now that you’ve had a chance to stretch your legs, let’s continue…

….Into the Rabbit Hole…

For Greenville County from approach #1, our estimate was about 2.5 million.

That number is itself an average of three years (2.3M, 2.7M and 2.5M). This seems a long way from five million so let me explain why.

In the TNS data, respondents can indicate where they went in the survey by choosing destinations from a drop down menu or by tying them in. Again fortunately we purchase the record level data and so for the destinations that are typed in, we assign them to a county.

However, unfortunately TNS populate the drop down menu with the choice “Greenville/Spartanburg”. As you can imagine this creates all kinds of confusion so we had to find a way to separate out which of those visitors went to Greenville and which went to Spartanburg counties.

Most of the destinations in the drop down menu have a similar problem. In any case, the starting number for Greenville/Spartanburg for the three years was 3.8M, 3.5M and 3.6M. I won’t go into the process, but we wound up allocating about 20-30% of those each year to Spartanburg County.

For Greenville County from approach #2, our estimate was 5.7 million.

We found that for many counties the estimates from the two models were larger than the estimate from the survey data but Greenville was one of only a couple where there was an enormous difference. I would expect the two models to yield larger numbers considering that survey respondents often don’t remember all their travel and either can’t or don’t report all their travel on a questionnaire.

For Greenville County from approach #3, our estimate was 6.8 million.

For both this approach (#3) and approach #2 above, Greenville is an outlier among the developed counties for having a short length of stay due to all the business travel, a high incidence of visiting friends and relatives due to the large population and a lot of day visitors. In the TNS survey data, business travel, trips to visit friends and relatives and day visitation are all going to be very under-represented due to the way the questionnaire is set up. So Greenville is a little bit of a problem child but for many counties the three estimates are relatively close together. Based on a lot of the checks we have in place I’m pretty sure our model is generating decent estimates.

If you’re wondering whatever happened to Mayor Van Quickenborne and the original question….

Van Quickenborne brought his town’s tourism official into the conversation — Gauthier Renard — and continued to press Jackson for more information.

A Belgian news article from the summer had listed Kortrijk as having just over 232,000 room nights the prior year, and Van Quickenborne asked and received Jackson’s guess for the number of room nights in Greenville — again, a squishy number.

“Now, it is clear,” Van Quickenborne wrote to his tourism official. “We have to quadruple our number. Gauthier, this is our challenge.”